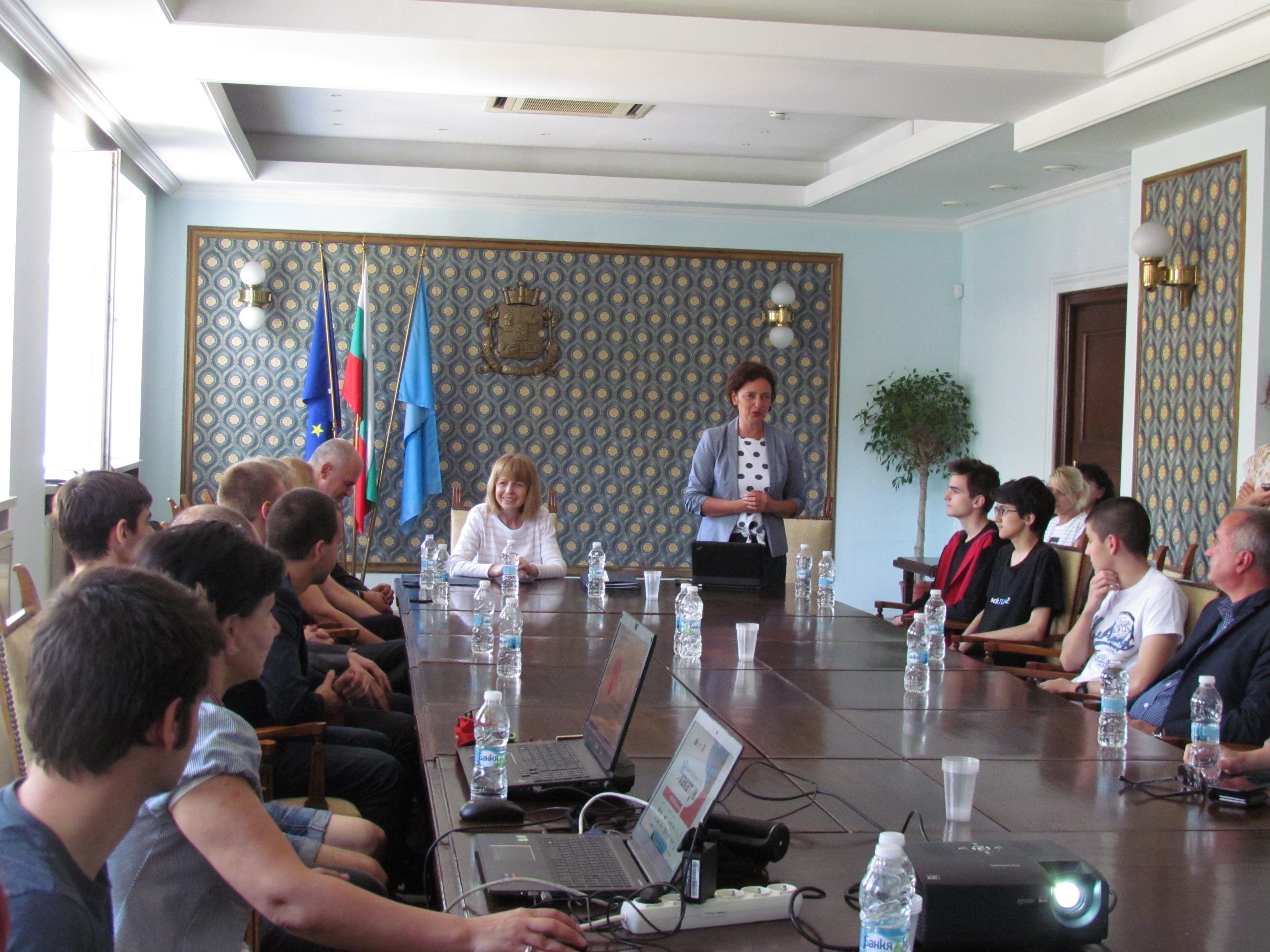 Sofia Mayor Yordanka Fandakova met today, June 13, with the winners of #BG10xEU Hackathon, initiated by the EC representation in Bulgaria and Sofia Municipality. The 5 awarded teams presented their projects to the mayor and representatives of Sofia Municipality directorates that can assist the projects realization. The meeting, organized by Sofia Development Association, was also attended by the partner companies Upnetix, Deamix, as well as the jury members Iliana Zaharieva, Mtel, Tsvetan Mutafchiev, Telelink, prof. Nikolay Denkov, Sofia University.

The teams-finalists apply the capacities of ICT to establish links between people and institutions, to address social challenges and to empower citizens. "Now comes the time for people like you, said Mrs. Fandakova to the winners, not just active citizens but productive citizens, who from the very start are part of solving urban problems."

The mayor declared the willingness of the municipality to support the realization of the demo projects. "My appeal is to continue together. For me as a mayor these are not prizes for your 24-hour work but an investment in the city and its talent."

The winners received the contracts for their awards from Mtel, Telelink, Sofia Municipality, Webit. Microsoft, also hackathon partner, awarded four of the teams with free services under the BizSpark programme, supporting start-ups with free Microsoft Azure services, software and support for one year. Mtel also provided a special award – mobile phones – for the team with best presentations, while the Bulgarian MEP Eva Paunova-Maydell invited one of the teams to take part in the European Code Week in Brussels.

#BG10xEU Hackathon was praised as a valuable opportunity to generate ideas and partnerships. "We are thankful to the organizers, the sponsors ans most of all to the other participants who helped us a lot with ideas, data and testing." said Dimo Chortov with the winning team Prizma. "In certain applications our idea is better that that of the winning team, therefore the two teams decided to work together on those", added Oleg Kamenshtik with BrainHub Lab team. 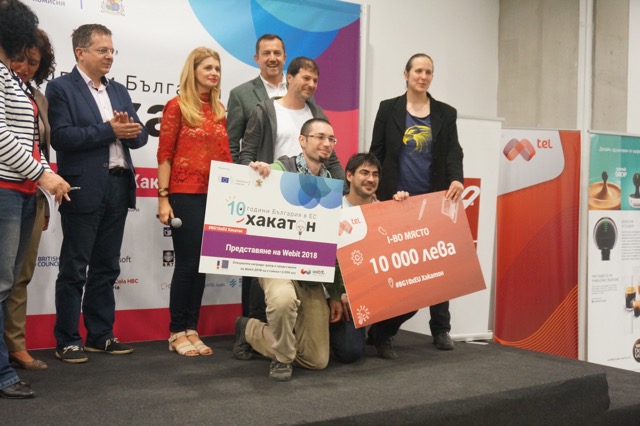 24 hours of incredible energy came to an end. Out of 49 registered teams with over 350 participants, 34 teams succeeded to achieve a minimum viable product and to present before the jury the demo versions or prototypes of their proposed technological solutions. There was a great variety of ideas: from applications for combating forest fire to internet based big data in the area of public procurement; from mechanism for establishing a Fame Lab in every school to applications for identifying the relevant open calls for projects; from a platform for training, job searching and recruitment of people with disabilities to technological solutions for professional orientation; from serious games to foster recycling to an application for popular robotics.

8 teams reached the final selection and presented their ideas before the jury and the audience: Brain Hub Lab, The Peach Door, GaidARi, 1D, Dzham vrata – vrata dzham, Prizma, Education 4.0 and PCVT. And here are the results and prizes:

The first prize of 10,000 BGN, provided by Mtel, and a 10,000 BGN voucher for presentation at Webit 2018, was awarded to Prizma. Dimo, Zlatko and Zlatka have developed an app prototype for direct translation of video recorded text into sign language, with the option of broadening towards recognizing and teaching sign language. Thus if a deaf person has difficulties to read a text, they can video record it with their phone or web camera and turn it into a sign language. Since the sign languages differ in different countries, the team has added the option to translate from one sign language into another, for instance to video record an English text and translate it into Bulgarian sign language.

The second prize of 5,000 BGN, provided by Sofia Municipal Council, was given to the start-up team of BrainHUB lab. The team presented the idea for an app translating sign language in real time. The app includes a platform for learning the sign language. The presented demo entitled "Velar" demonstrated successful visualization and recognition of basic signs/jestures. The team presented a prototype of a wrist bracelet needed for the translation.

The third prize of 3,000 BGN, also provided by Sofia Municipal Council, went to one of the youngest teams – Dzham vrata – vrata dzham. The team consisted of four 16-year old high school students from Technological School Electronic System, associated with the Technical University. Telerik, Martin, Antonio and Vladislav developed an internet site for urban problems and challenges and possibilities for their solution both by the municipal government and by the citizens. The young developeds received another award as well: the Mtel prize for best presentation.

The special award of Telelink Group of 10,000 BGN went to GaidARi. With the possibilities of augmented reality GuidARi plan to revive the ancient history of the capital city and of Bulgaria, inviting students, tourists and interested audiences to experience and interact with our cultural and historic heritage. Apart from an app, GuidARi aim to initiate the development of a digital archive with models and reproductions of Sofia and Bulgaria sites. Ivaylo and Martin, students at Sofia University and New Bulgarian University, received also the special award of Eva Paunova-Maidel, MEP – a trip to Brussels to participate in the European Code Week.

The special award of Sofia Municipality – "Green Sofia", was awarded to 1D. Yordan, Desislava and Nedi developed a web-based and mobile game with augmented reality, in which players can plant and take care of virtual trees placed in the empty spots of missing trees in Sofia reality. At the same time players can share their achievements online. The aim of the game is raise awareness about the missing trees in the city. The project includes creating database with geo locations of empty spots allocated for trees, to assist the work of local government and voluntary groups.

All teams-finalists received passes for Webit 2018, too. 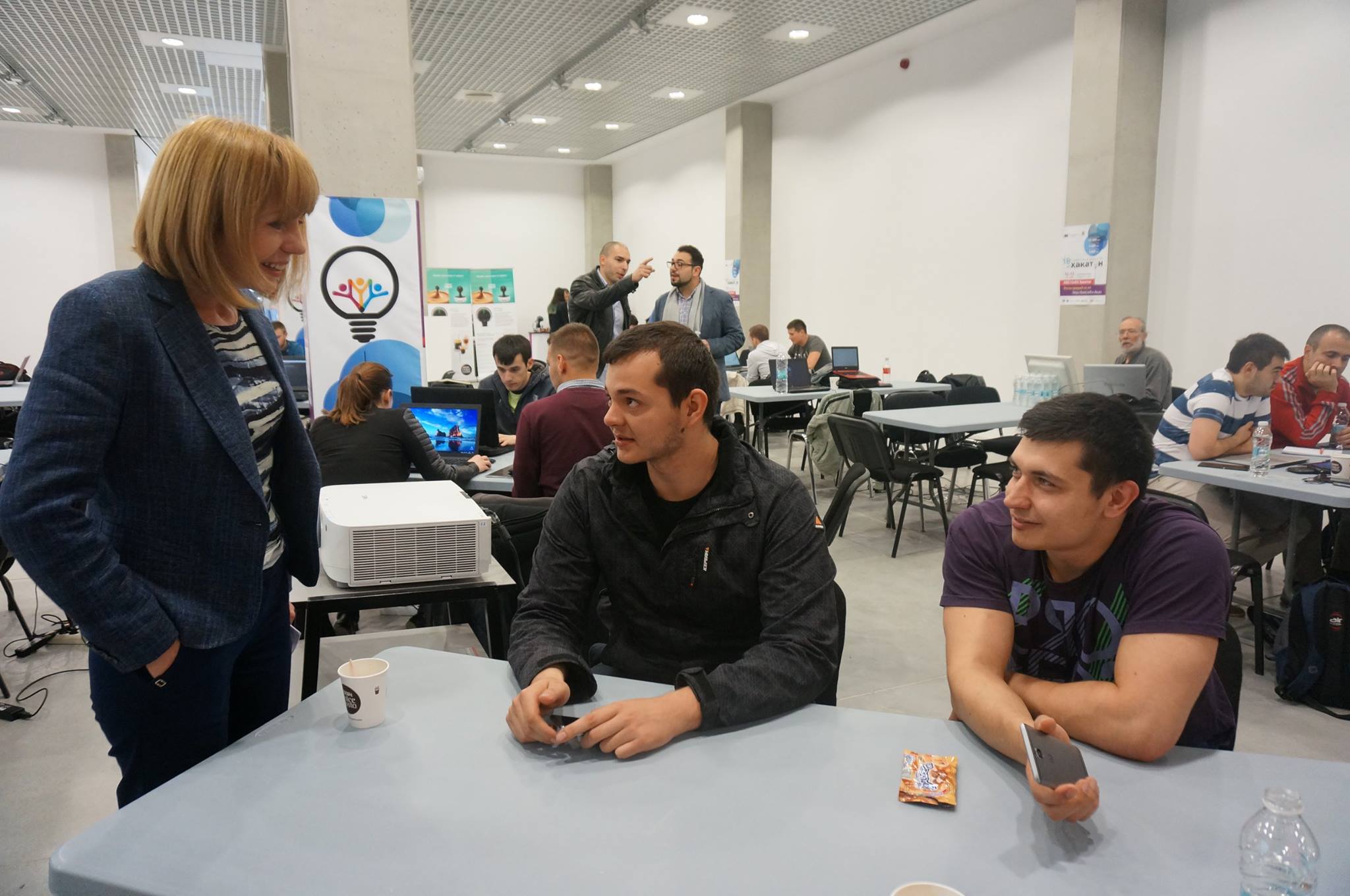 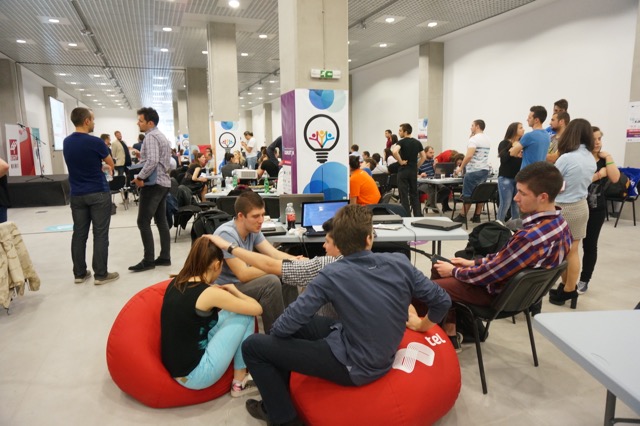 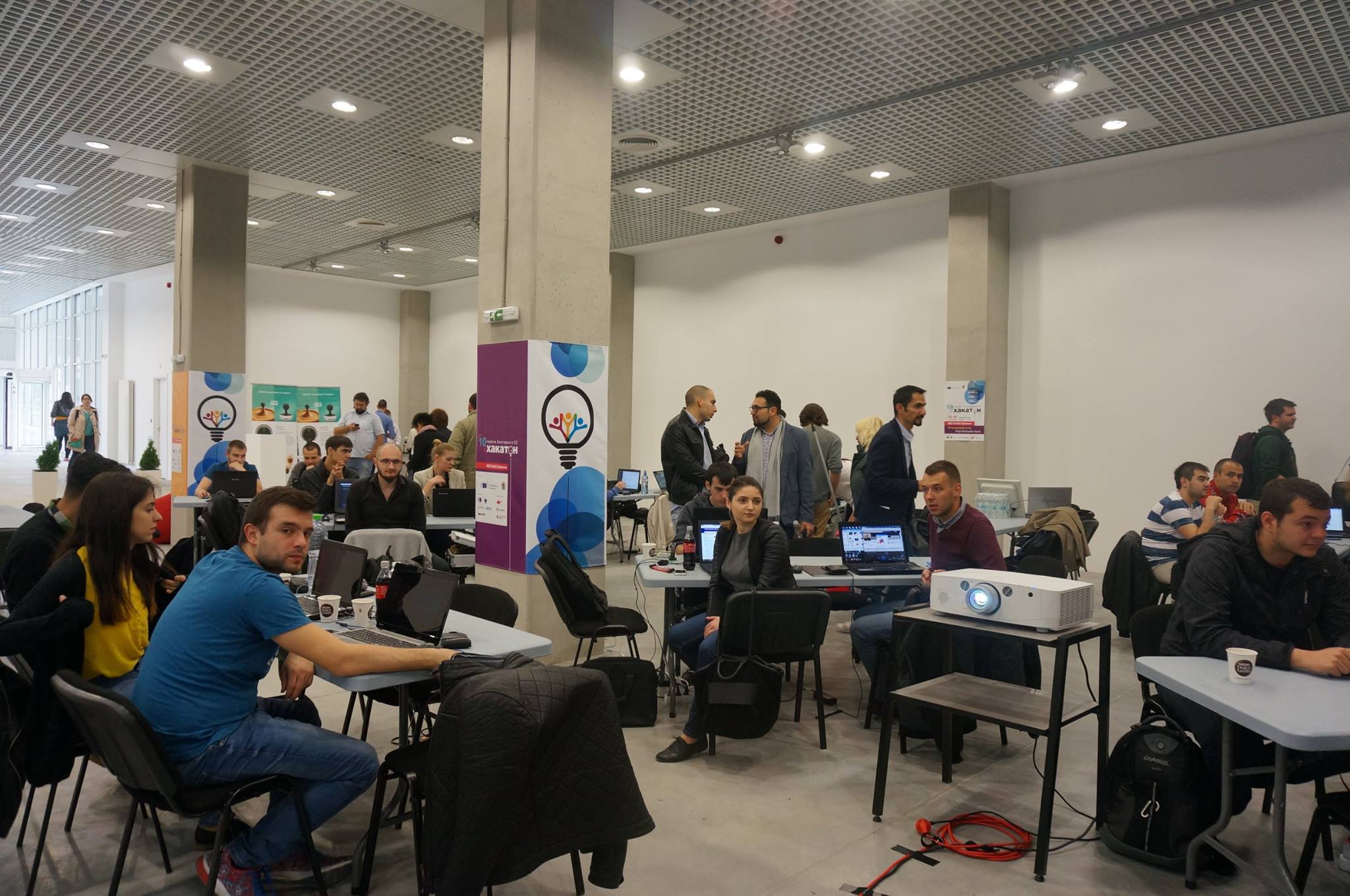